Lindsay came with me to Hawaii for a wedding this summer, and Justin flew to Oahu to surprise her and propose on the beach. We were taking photos in the water when Justin came out from the parking lot and got on on knee. It was the sweetest proposal, and so fun to be a part of the surprise. Here are some photos from this epic destination proposal. 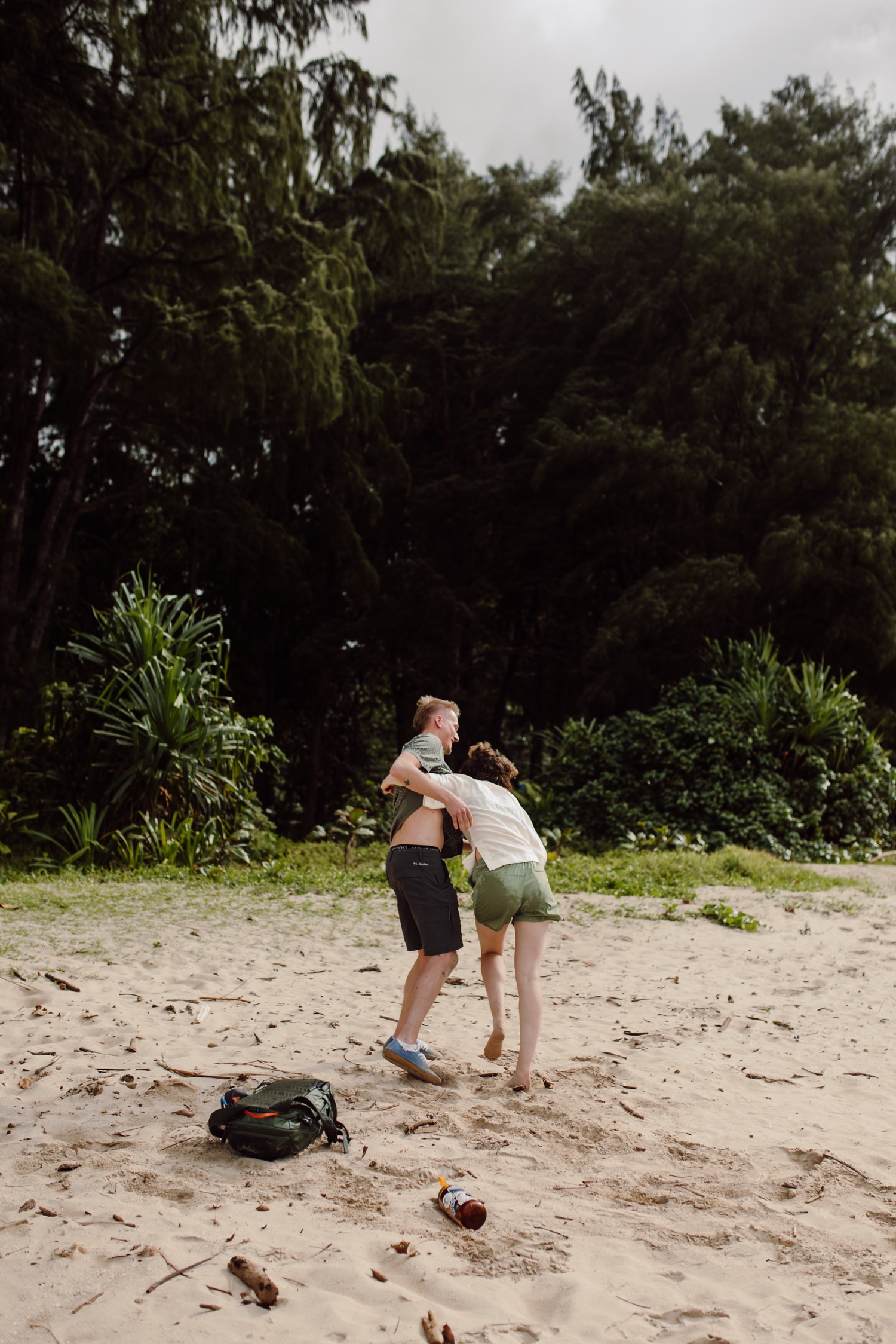 Planning a proposal can be tricky, especially when you’re traveling across oceans or even just the city to make it happen. Justin had this idea as soon as he learned Lindsay was coming to Oahu with me, and he reached out to see if he could come near the end of our trip and pop the question. Of course my answer was yes! A few weeks out, Lindsay accidentally saw his browser open to a plane ticket and the surprise was ruined… until Justin decided that since even he himself was convinced he wasn’t going to make the trek for the proposal, that meant Lindsay definitely wouldn’t expect it. So he went ahead and got the tickets and she was just as surprised.

A few ways that we made this happen – We had a rough location in mind, leaving some of the details still up to Lindsay. She wanted to leave our original spot a little early, so I didn’t bat and eye and asked if we could stop at a different beach down the road, and sent it to Justin, who was in an uber trying to make his way across the island. We started playing in the sand and the ocean and when I knew he was nearby I told Lindsay to put her bathing suit cover ups back on for what would’ve been a “great linkedin photo,” all I could come up with, knowing she wouldn’t want to be proposed to in her bikini. And as we were taking photos, Justin came up out of the parking lot and the rest is history!

Proposals are one of my favorite things to photograph, near and far. Want some more info? Here’s my Nashville Proposal Guide!

Planning an epic destination proposal of your own? Reach out here to get started.